The potential for earthquakes and tsunamis along the Mentawai segment of the Sunda megathrust must be seen as a threat to economic growth in West Sumatra, especially in the Mentawai Islands regency, which relies on tourism. Proper risk management will create added value for the region’s economic activities.

A joint team of the National Disaster Mitigation Agency (BNPB), the regional disaster mitigation agency (BPBD), disaster experts and activists is mapping villages along the Mentawai segment and training local residents that may be affected by earthquakes and tsunamis. This area of the Sunda megathrust has accumulated energy that could trigger earthquakes of up to magnitude 8.8, which could then cause tsunamis.

KOMPAS/AHMAD ARIF–Chairman of the National Disaster Mitigation Agency (BNPB) Doni Monardo gives direction to regional officials and security forces in Mentawai, West Sumatra, on Wednesday, Feb. 6. Mentawai and Padang are currently on alert for a possible earthquake and tsunami that could arise from the Sunda megathrust at any time.

BNPB head Doni Monardo said on Thursday (2/7/2019) in Mentawai, Mentawai Islands, West Sumatra, that the current initiatives in disaster preparedness were an implementation of President Joko Widodo’s instruction to reduce the risk of disaster. For the first time, massive pre-earthquake coordination was being implemented. This was also the lesson learned from several disasters, including the Lombok earthquake, the Palu earthquake and tsunami and the Sunda Strait tsunami that had claimed thousands of lives.

During a dialogue on Makakang island of North Sipora district, Mentawai, Doni reminded local tourism managers to ready evacuation routes to ensure that tourists felt safe. The Sunda Strait tsunami on Dec. 22, 2018 showed that tourists had a high probability of becoming victims of disasters.

Doni said he planned to bring in the Bali BPBD and tourist managers that had launched a disaster preparedness certification scheme for local hotels and restaurants in 2013. To earn certification, hotels must have evacuation routes and points, emergency supplies and employees. Several hotels in Bali had promoted their certification as an added value for customers (Kompas, 22/7/2016).

Individual preparedness
Researcher Udrekh of the Agency for the Assessment and Implementation of Technology (BPPT) said that, after the 2016 earthquake, the people of Mentawai had taken the initiative to be ready for future earthquakes. “Many have second homes on higher ground, stocked with [emergency supplies]. Regarding the threat of earthquakes along the [Mentawai] segment, I am more concerned about Padang,” he said.

Padang was more prone to large tsunamis compared to the Mentawai Islands. Apart from its high population density, Padang also had a sloping coast. Indonesian Institute of Sciences (LIPI) researcher Irina Rafliana said she had discovered that the 7.8-magnitude earthquake that hit the city in 2016 caused massive traffic jams. The tsunami alarms failed to sound for more than an hour. Fortunately, no tsunamis had occurred.

“Seeing this condition, it is better not to wait for sirens or instructions from the government to evacuate. The people must be trained to evacuate on their own,” she said.

West Sumatra Governor Irwan Prayitno said that the people of Padang would be ready for the potential threat of earthquakes caused by the Mentawai segment. Information on the segment had been disseminated to the public since 2011.

Irwan added that various measures had been taken, including disseminating information through mosques and all schools, as well as at companies, hotels and public spaces that would need to be evacuated. “Now, every time there is a strong tremor, people immediately evacuate a building on their own,” he said in Padang on Thursday.

West Sumatra BPBD data shows that the coastal areas in the province are home to around 1 million people, primarily in Pesisir Selatan, Padang, Pariaman, Padang Pariaman, Agaman, West Pasaman and the Mentawai Islands.

Many of those living in the so-called red zones, or danger zones, had readied themselves to face the worst-case scenario in the event of an earthquake or a tsunami, despite their lack of knowledge about the Mentawai segment.

“I know what I have to do if I feel strong and prolonged tremors. I have to run away from the beach and find shelter or higher ground,” said Aida Nursanti, 50, of Tabing, North Padang, who sells fresh coconut water on Padang Beach.

Nevertheless, the chair of the West Sumatra Disaster Risk Reduction Forum, Khalid Saifulah, said that the government should still disseminate information on earthquake and tsunami preparedness to individuals and families, as well as local schools, businesses and public spaces. (AIK/ZAK) 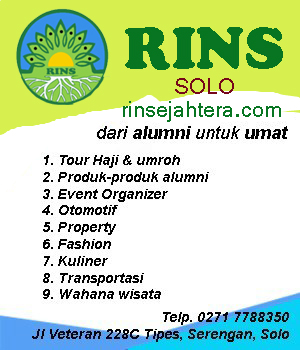